GPC III is part of the Government of the Federal Republic of Germany‘s development cooperation with the Government of Sierra Leone in post-conflict assistance. The programme is implemented by the National Commission for Social Action (NaCSA) in Sierra Leone, with advisory support from ECO Consult and GITEC-IGIP. The programme’s predecessor phases operated from 2006 - 2014 (GPC I), and 2014 - 2019 (GPC II, equally supported by ECO Consult and GITEC). In the target areas, the districts of Koinadugu, Kono, Kambia (2022 - 2023), Falaba and Kailahun, local infrastructure which had suffered under the Civil War and the Ebola outbreak is rebuilt and consolidated.

GPC promotes economic sectors which create income opportunities for large sections of the population. To support selected agricultural value chains, feeder roads are improved and relevant infrastructure is built (grain stores, wells) using a labour-intensive approach preferring local labour. This already generates short-term income during the construction period especially for many young people, who did not have the opportunity to attend school during the war and now live from unskilled, often seasonal jobs. Meanwhile and afterwards the construction period, capacities for operation and maintenance of the infrastructure are supported at the local level.

Since the programme’s launch, more than 1,100 km of feeder roads have been rehabilitated and over 130 grain stores, wells and livestock paddocks (GPC II) have been built. Usually between 30 and 40 facilities are under construction at a time. In collaboration with other stakeholders such as Sierra Leone Roads Authority and Road Maintenance Fund Administration an innovative pilot scheme for feeder road maintenance was developed by GPC. To ensure the sustainable and value-adding operation of the grain stores, facility management committees are empowered to manage them independently. Domestic trainings are provided for district coordinators, community development officers and engineers in terms of managerial and technical skills as well as digitization. 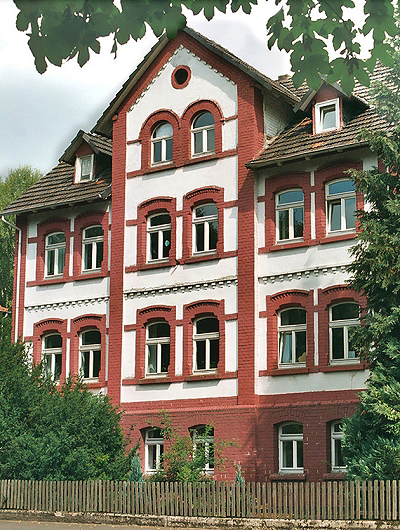 FUTURE IS
OUR DAILY
BUSINESS